Fakir Mohan Senapati’s second novel is ‘Mamu’. The publication of the novel “Mamu” is dated 1913. The novel is believed to have been written between 1906 and 1908.According to Dr. Natwar Samantaraya, “Mamu’s events are entirely possible within 1841-1880”.So the novel is written in the context of the social life of nineteenth-century Odisha. The novel ‘Mamu’ reflects the real picture of society in a completely changed context. ‘Mamu’ is a novel of different tastes by Fakir Mohan Senapati’s creative genius. The novel reflects a clear picture of how the Oriyas left the village land and chose urban life for jobs as a result of economic urban life and the introduction of education in Odisha.Above all, Fakir Mohan illustrates how educated job groups take refuge in deception and corruption in urban life. ‘Mamu’ is a successful family conflict novel. 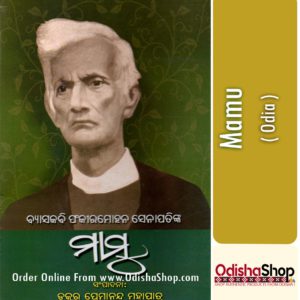