Ramdas describes himself as a fool, a fallen man, a fool, a wicked man, a miserable man, a wicked man, a hypocrite, an atheist, and a hypocrite. He also said that he had not read the text, he did not know the scriptures, he did not go to Hari Bhajan; Night and day are spent only sleeping. Kamini is always on the lookout for friends. The saints have not done so. In this way, his childhood was spent.

He was born on the last day of the 23rd day of Divyasingh Dev, in the village of Mahuri, on the eleventh day of the lunar eclipse. His father’s name was Lachhman Das and his teacher’s name was Shri Gadadhar Das. His farm was empty. And here he writes himself that his mind was always on Lakshmi Devi-husband, i.e. Lord Krishna. He also served many saints. With the blessings of Lord Vishnu and the saints, he was able to compose the Pardya Bhakti Purana in a total of 50 chapters.

Narrative devotion is the character of devotees which was composed by the devotee poet Ramdas in the form of mythology. We learned the biography of Bhakta Ramdas by reading the above text. In a world where the church does not pay attention to spiritual matters, myths, theories, etc., in the world of this world, the interest of the general public in this regard has been greatly increased in recent times. Literary people are more likely to be interested in reading and learning the alphabet. From time to time, Indian religious literature has been heavily influenced by devotees and saints. The content of the book will have a profound effect on the character formation and behavioral purification of the general public.

Readers will be happy to read these articles and know that the author’s work is worthwhile. 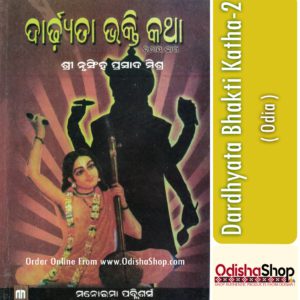