in stock
-30%Off
SKU: OS-HC-SANKH-BL13CM-0
Product by: OdishaShop
Write a review
Our Price

The conch is a genus, but a hard white shell or shell of a relatively large marine animal. The color of the shell is white. According to Hinduism, it is considered to be very auspicious and enriching. According to doctors, conch is beneficial for eye diseases, bile, phlegm, rheumatism, poisoning, air, mucus, shortness of breath, indigestion, and collection diseases. The quality of the southern conch is greater than that of the left conch. Conch ash is beneficial for diseases such as fever, cough, shortness of breath, and diarrhea. According to medical science, it is used to treat conch shells in the upper part of the body.

The sale of conch shells/ Sankha in Puri has been on the rise as conch shells have created religious sentiments. Every day, the human body is sounded by the sound of the trumpet. Playing conch shells in the house every day removes the dust and prevents demons from entering the house. Playing conch shells is said to regulate heart disease and blood pressure. The sound of the sound coming from the shell is very strong. Many years later, a monk dedicated a five-horned conch to Shri Jagannath, who was reported to have heard the Vedanta mantra in his ear. The gods in the conch are content to drink water. It was common for young children to wear shells at the waist while talking.

Some of the shanks turn to the right and are called southbound shells/Dakshinavarti Sankha. The one who has the southern conch thinks they are lucky. In the sea, conchs of various and different shapes and colors are usually seen, and the shells of the shells usually turn to the left; It is called the left-hand shell / Vamavarti Sankha, or the right-hand side of any shell.

It is played in Hindu marriages and spiritual events. It was previously used as a trumpet in war. The conch shells of different warriors had different names, such as Krishna’s conch shell, Panchajanya, Arjuna’s debadutta, Bhima’s pound, Yudhisthira’s Anant Vijay Nakula’s Sughosa and Sahadev’s Manipushpa.

In the morning, hundreds of shells are played in various temples, monasteries and houses in the shrine. The geography of the various deities of the shrine is like a conch. The shrine is located in the Shankhanavi zone, so Shrikshetra is called Shankhshetra. In the sixteenth reign around Puri and the Brahmin rule in Chhattisgarh, the shells were still found in every house. Jagannath holds the conch in his hand as the conch is very dear. The greatness of the conch in the conch shell is unique. Pure Brass Bucket Balti for Home Temple Or for Pooja 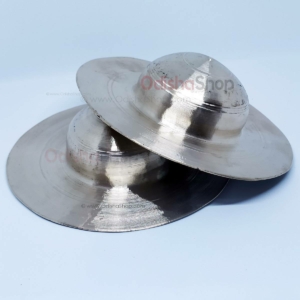 Bronze Jhanja For Puja at Home and Temple 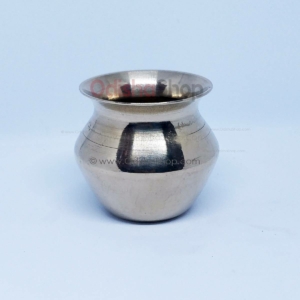 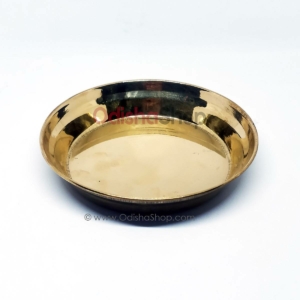 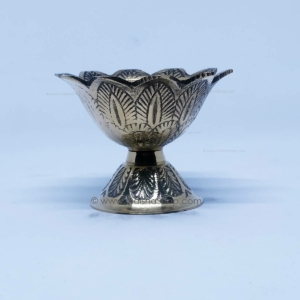