Civilization, culture, philosophy-time are just all these. As time goes on, all of this may fade for a while; But it is not completely extinct. In this regard, the approach of Jain philosophy is always to be considered. Mahabir’s philosophy brought about a great revolution in the society of the then superstitious; But over time, that is likely to change. The high-low-caste-discrimination-policy, the violent-ritualism, the slavery-practice, the prevalence of communalism in the religious sphere, the high-low-caste-discrimination policy, the prevalence of communalism in the religious field, etc. Established.

The Jain monks’ rhetoric has become a long-standing issue for the general public. In addition, the arrogance or nudity of the Jainists was a sign of indifference, but it was not accepted by the general public in terms of general secularism – courtesy – decency. But Jainadarshan does not say ‘nudity’ or ‘cunning’. It is unknown at this time what he will do after leaving the post.Mahabir created a new era of intellectual non-violence by establishing relative theory. This coherent formula of ‘harmonizing the truth of one’s point of view with the point of view of others’ is a symbol of Mahabir’s non-violence, equality and resentment. He always said, “Your theory is not false; but you deviate from the relative formula and express it — only from this point of view is it false.”

Jain philosophy is not just a matter of philosophers – its values control the way everyone lives in society. It is the epitome of modern sociology, and that is why nuclear disasters are all around us. Every nation in the world today is anxious for peace, imagining its horrors.Mahabir’s uniqueness, relativity, co-existence, co-ordination and equality can be conveyed in this declining, intolerant, sluggish, declining society. In addition, individualism is a key aspect of Jainism, which is the backbone of so-called modern democratic socialism. In the end, it is arguable that intoxicants of choice runs the taste in Indian cuisine. 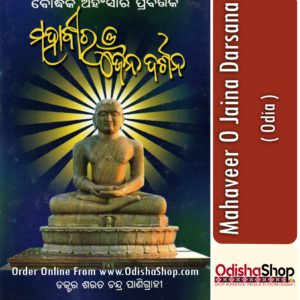