SKU: OSBKS-VPP-2054
Product by: Vidyapuri
Write a review
Our Price

Professor Golakbihari Dhal has gained a reputation throughout India as a linguist. As a top-notch essayist, critic, translator and children’s writer, he has also earned high honors in the field of Oriya literature.His all-encompassing heart-wrenching style demands independence in the field of Oriya language and literature. Not only as a writer, but also as a professor and speaker, he has won the hearts of countless students and the general audience.Of the many books translated by him, he has been rightly identified as a successful translator in ‘Godan’, ‘Gavan’, ‘Pratingya’ and the recently published ‘Premashram’ by the immortal novelist ‘Premchand’ of Hindi literature.

Shortly after giving a speech at a linguistic education camp organized by the Indian Language Institute and the All India Linguistics Conference in Bhubaneswar when he was the head professor of Ravensha College Oriya Department on the 1974, he suddenly fainted. After a few days in that state, he breathed his last into the deep sea of mourning. Odisha has lost a man like him.Fate did not allow him to see the full color of this last translation of his book, Premashram. Today we commemorate his immortal genius by revealing this immortal work of his. 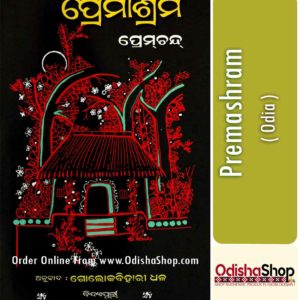