in stock
SKU: OSBKS-VPP-2058
Product by: Vidyapuri
Write a review
Our Price

The biggest thing that happened during my three years in Agra was reading Hindi and introducing love. I was overwhelmed to read Premchand’s world-famous ‘Godan’.I also translated ‘Gavan’ after ‘Godan’ to introduce the writings of those great writers to the readers of this nation. I decided to perform ‘Premashram’ after ‘Gaban’.But I saw no harm in revealing the ‘Pratijna’ before reaching the huge ‘Premashram’. It is true that ‘Pratijna’ is not as great as ‘Godan’, yet it is a humorous story of love and promise.I would like to say that my tribute to Premchand has been successful if it is enjoyed by the dear readers. 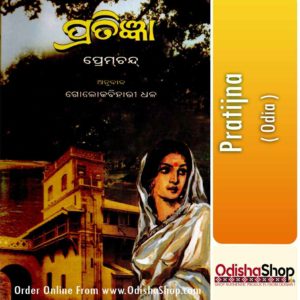