The symbol of self-sacrifice, service, philanthropy, and goodwill, the patriotic Mrs. Ramadevi was born in Cuttack, 3-12-1899, under the age of fourteen years. His father-in-law and uncle-in-law’s house is in Nadak Khandan, a large house in Odisha. Morning grandfather Utkal Gaurab Madhusudan Das is his grandfather. His father, Gopalaballav Das, was the author of the first novel in Odisha, Bhimabhuyang, and a deputy collector at the time. His mother? Basanta Kumari Devi is the daughter of Vikhyatanandakishore Das. Nandkishore Das was a “superintendent of Gadjat Mahalas” under the British government and was also a wealthy zamindar. Mrs. Ramadevi’s great-grandmother Rajkishore Das was the Deputy Collector and later for ten years was the Superintendent of the Shri Jagannath Temple in Puri. Mrs. Ramadevi grew up in a place of love, affection, and natural beauty, and when she was only fifteen years old, she was married in April 1918 to a famous dynasty. His father-in-law, Mr. Gokulananda Chowdhury, belonged to the family of a nomadic zamindar of Kheras village near Jagatsinghpur in Cuttack district. He was a classmate of Ramadevi’s father in college. He was a junior at Madhubabu when he started advocacy.

In the separate state of Odisha, he was Madhubabu’s main ally a few years ago, and later split as the two disagreed. He was a name dock lawyer; He was chairman of the Cuttack District Board and was a key figure in Cuttack. Ramadevi was married to her eldest son, Gopbandhu. Pujya Gopbabu is a brilliant student, and in that year he earned an M.A. Pass. He has no shortcomings or problems. He lives in a state of bliss and insecurity. Mrs. Ramadevi’s day is spent amidst the abundance of affection and affection in the mother-in-law’s house, like the father’s house. Then, a month and a half after the divorce, his father died in December 1914, and two months later, in February 1915, his father-in-law, Mokulananda Chowdhury, died. In that second tragedy, the foundation of Mr. Gopbandhu Chowdhury’s life was shaken. Various responsibilities fell on his head. 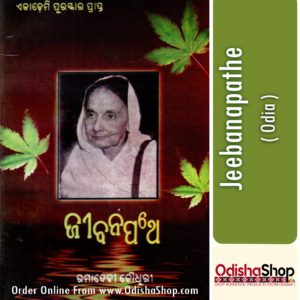