SKU: OSBKS-JRMD-3017
Product by: Jagannath Ratha
5.00 out of 5 based on 2 customer ratings
Write a review
Our Price

The king of this novel does not represent the kingdom or the prince He is a single personality He may be representing a special kind of mentality But that character is real to this writer – as real diamonds, girls, sharmaji and Sahu – even though their appearance or outline is different from the characters described in this novel, they have been, are and will be. Whatever the gross form of their character expression But in the midst of rapid change over the past few decades, the Nijnapur tribal areas have become legendary. There is no Nijnapur outside this novel In memory of that extinct valley

“Godhulira Bagha” is a unique novel Its English edition, A Tiger at Twilight, has been published several times by the Penguin Publishing House, much to the surprise and admiration of interested readers and gifted readers of literature. Many have argued that the comparison of these novel-described characters, the subtle psychological mysteries presented in them, and the mysterious depictions of nature are rare in all Indian literature.

We are thrilled to have the opportunity to meet this new edition of the wonderful novel “The Tiger of the Dawn”. It would not be an exaggeration to say that it is a unique bright diamond in Indian literature. 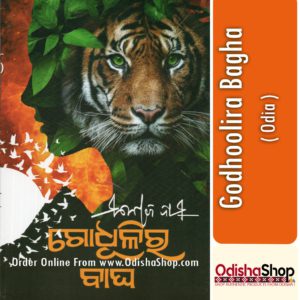 5.00 out of 5 based on 2 customer ratings
Write a review
Our Price