The eighteenth century and the poet Bajranath-art is a plan of the age and the age, breaking the uninterrupted and unbroken flow of art. The age is established by taking into account the political and literary nature and instincts. In the eighteenth century, literary sausages became more regulated than political consciousness. Eighteenth-century poetic literature was fascinated by the power of beauty and was referred to as poetry or ritual. Poet Upendra Bhanj was the forerunner in building a meaningful and glorious list of words and words. It is as if Upendra had suppressed the desires of the enchanting comedians in his various poems. The artist was adorned with the beauty of the word, and the beauty of the poem was adorned with beautiful poetry. Each poem is more beautiful than the other. Yet Upendra’s literature became unparalleled. Traditional. There is no difference in the appearance of the protagonist; There is no difference in his life script. All the same – all the undoubted gold idols. But in the beauty of the word, in the delicacy of the narrative, in the sweet tone of the rhyme and the rage, and in the elegant melody of the ornaments, Bhanj composed such a heroine that captivated her northern men for centuries. Deenakrishna, Abhimanyu, Bhaktacharan, Kabisurya Jadumani etc. are a worthy literary chariot of the Ritiyuga or Upendra era. 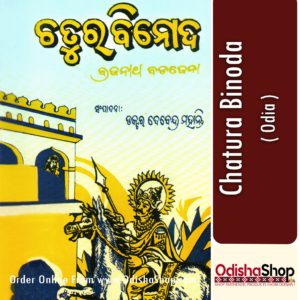