It has been four long years since the publication of “The Early Festival of Oriya Literature”. After the publication of the “Adiparva”, the well-wishers of Odisha congratulated him on his good deeds and congratulated him on the comparative assessment of Oriya ancient literature and culture, as well as the rest of the history of Oriya literature.Even in the midst of various cycles of worldly and political life, the manuscript of the “Midterm” was completed and became a machine by the middle of the 1965th year; But there has been no further upheaval since the long-running press workers ’strike and the general election, which was published at least two years ago.However, even though it was so late, the fact that it was finally published is good news for me and for those who have been reluctant to publish it. From Sarla to the end of the nineteenth century, the Middle Ages in the history of Oriya literature. In terms of the nature and nature of literature, it can be divided into two parts – (a) early-middle, (b) northern medieval. Sarala has been included in the medieval period from the later Dhananjay-Deenakrishna to the major Ritibadi poets.

“The Middle Festival of Oriya Literature” was written in this period. The northern half of the Middle Ages will be discussed in the “Ritiparva of Oriya Literature” During the period of discussion, Oriya poetry, just as it was relatively unique from the influence of ornamental rituals and Sanskrit poetry, the language was also free from Sanskritism. It is only natural that the poems of the period discussed as an example of Oriya poetry should be considered as a prominent asset in any literature.

In the past, the poetic beauty of the pre-Deenakrishna era has remained invisible to the eyes of readers and critics, as these poems have been discussed scattered and pre-post-incompatible; But if these poets and their poetic works are placed on a valid historical background, a sequential picture of the expression of Oriya poetry is found. 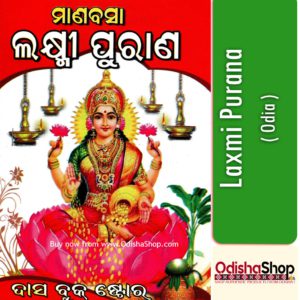