SKU: OSBKS-JRMD-2069
Product by: Jagannath Ratha
5.00 out of 5 based on 1 customer rating
Write a review
Our Price

“Bulldozers” was written in English under special circumstances. The details of that situation do not have to be particularly interesting for readers. So much so that it is worth noting that the level at which the author writes a story or a novel is inspired by the level at which the author writes the story or novel.It is a collection of a number of direct and indirect experiences. It also carries some of the comments on some aspects of our social status as well as on them. Comments must be included.

It (in English) was first published in ‘Swaraj’ with eight issues in 1979. However, for the satisfaction of those who read the story in part, the ‘Imprint’ magazine published a full story in 1982, to the satisfaction of those who had read the story elsewhere, that the spread of ‘Swaraj’ was mainly limited to South India.Later, in 1985, it was published for the third time in ‘Heritage’. The famous cartoonist Mario (Miranda) portrayed it in ‘Swaraj’. Shishir Dutt, a talented painter, painted for ‘Heritage’. It would have been nice if those pictures could have been given in this book in terms of the satirical light character of the story. But the permission of the artists could not be reached.Besides, there are arguments in favor of painting, and arguments in favor of not painting. Without pictures, readers had the freedom to paint in their own imagination.

1 review for Odia Book Bulldozers By Manoj Das From OdishaShop

Ranjit
Rated 5 out of 5
This is one of the best book if you want to start reading Manoj Das books.
Helpful?
0 0 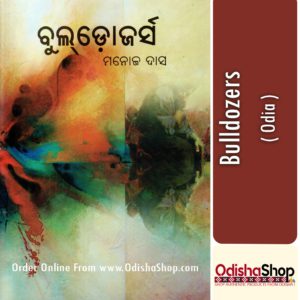