SKU: OSBKS-VMS-7088
Product by: Vidyapuri
Write a review
Our Price

Archimedes is an eminent Greek mathematician, physicist, engineer, inventor, and astronomer.If nothing is known about his biography,Yet he is respected as one of the best scientists in the world. Many years after his death, historians of ancient Rome wrote his biography.About seventy years after Archimedes’ death, the historian Polybius wrote in his book “Universal History” about the Silacus blockade. Later, based on this, Plutarch Levi wrote the biography of Archimedes.They have written extensively about Archimedes’ biography, without writing specifically about his biography.

Not all books by Archimedes were found. So even though it was not possible to know his full discovery and work, as much as is known about his work, he has placed himself in one of the best scientific seats. Some of his basic discoveries in physics, hydrology, mechanical science, and mathematics have immortalized him. 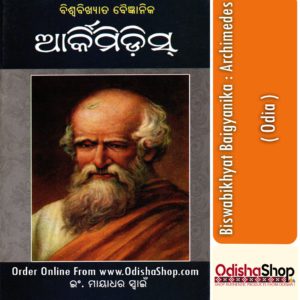