SKU: OSBKS-VPAD-2053
Product by: Vidyapuri
Write a review
Our Price

The famous author of this book, the late Ashapurna Devi, is a shining star of Indian literature-sky. At the age of 1977, he made the first promise of his novel, the first installment of his famous novel, Trilogy.Subsequent fragments were ‘Subarnalata’ and ‘Bakulakatha’. Ashapurna Devi was born at the beginning of the twentieth century (January 8, 1909) and finally passed away in 1995.

His father, Harendranath Gupta, was a painter. The mother was a deep admirer of the lesser-known simple-minded literature. Among the nine children of the parents,Ashapurna Devi was the fourth child of a large conservative family of that time in Bengal.In that family, boys were taught, but not girls. Due to her dictatorship, the old woman, who gave the hopeful name to the writer, could not enter the family at all.Far from going to school, the lonely child never even went out of her house in the hopeful childhood. From the beginning, Ashapurna was very knowledgeable.She sits quietly where the brothers sit and read, remembering what she hears.

By the time se was three years old, the child was already learning the alphabet in hopes! At the age of half five years, her father, Harendranath, moved to Calcutta with his family.This time she got a hopeful reading of his mother’s welfare. Her God-given creative talent began to develop.At the age of thirteen, a children’s literary magazine published a poem entitled “Sneha” and it won an award.At the age of fifteen, she married Mr. Kalidas Gupta and became the bride of another large family. The father-in-law’s house was two hundred years old.The first job of that dynasty was Kalidas Gupta. He was a clerk in Calcutta. At the age of twenty, Ashapurna took initiation with her husband and stopped eating nonveg. 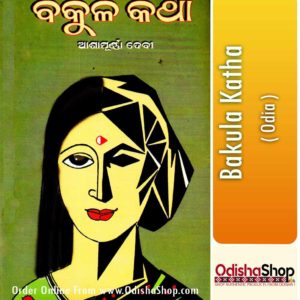