The world-renowned London Times writes: “Manoj Das may blow the veil of deceptive pomp sweetly.”The New York Smith, a leading correspondent for the American Literary and Cultural Movement of the United States, recently named Manoj Das as one of India’s foremost writers on the occasion of publishing his story.His stories are published and republished in many foreign magazines and collections; But one thing that is truly glorious is that his story seems to be especially attracted to the attention of the Supreme Court of Foreign Affairs.The Malahat Review, an eminent intellectual journal published by the University of Victoria in Canada, The Carlton Miscellany, a prestigious collection of Carlton College in the United States, and Ascent, an English department-affiliated journal at the University of Illinois (published by Manoj Das in its first issue).

“Abuburush and Other Stories” is a vivid revelation of this satirical style. “Abupurush” first appeared in a special of “Nabarbi” and caused a stir by offering an innovative juice to the readers.Since then there has been a demand for the publication of “Abuburusha” in a permanent edition as soon as possible.”Abupurush” has a reality, a strange thing Remembering that. “Abu” is a symbol, we can feel the reality of a depth by piercing the ordinary reality and the strange. 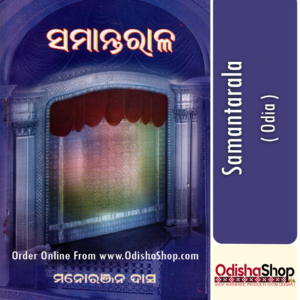