SKU: OSBKS-FPKPPGCM-6026
Product by: Friends Publishers
5.00 out of 5 based on 1 customer rating
Write a review
Our Price

Thirty-seven years later, the publication of this edition of the Odia translation of the book “Volga Ru Ganga” is compelling. This book has been published in all languages ​​of India, including English. The translation of the book in Odia literature was published in 1950 in the small “Sanket” printing press of the famous lawyer Shri Gangadhar Rath. The then publishing house “Bharati Bihar” was reluctant to publish books by prominent writers in Odisha. For this reason, Mr. Paramananda Rath, the then manager of the Sanskrit, started the work of the famous revolutionary Bhagwati Charan Panigrahi of Orissa with the intention of publishing progressive literature in the Odia language.

Many new readers may not have been introduced to Rahulji in today’s new release. But in the meantime, he is honored as one of the most influential writers in India. His numerous literary and cultural achievements in Hindi. He is a well-known author of progressive political-philosophical -social-research literature, such as “Philosophy and Guidance” from the book “Human Society”. Rahul Sankrutyayan, a little educated to be a Buddhist monk, studied Buddhist philosophy and Buddhist literature in remote Tibet for a long time. He studied the Tibetan language in Tibetan. The researcher of Buddhist philosophy freed himself from the religious confusion of that theory and found the philosophy of human liberation from within. Personal wealth, which is the source of all exploitation, subjugation, war idols in the development of human society, has no end, the only way to human liberation. 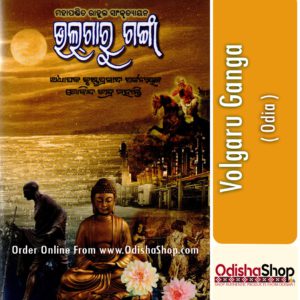