In the nineteenth century, German scholars unselfishly began to discuss Indian culture. As a result, India’s glorious past reflects on the thoughts and philosophies of other nations, and we too enjoy the benefits of kinship abroad by regaining our forgotten past.In the past century, Westerners, especially Gate, Nietzsche, Chopin, etc., have been strongly influenced by Indian philosophy and thought. Chopin Howar is adamant that the nectar of Indian philosophy begins where the end of Western philosophy ends.And as much as the eternal truth is contained in one page of this philosophy, it is also rare in Kant’s next ten volumes of Western philosophy.

To date, six German writers have won the Nobel Prize, but three Nobel Prize-winning foreign writers have written books focusing on India – Carl Gallerup of Denmark, Rudyard Kipling of England and Hermann Hess of Germany. Kipling’s work has a picture of India but no vibration of the soul.Throughout Hess’s entire work, the basic truths of Hindu and Buddhist philosophy have been blended. In particular, his ‘Siddhartha’ is an unparalleled poem based on Indian background. The sweetness and philosophical beauty of this story captivates the reader’s mind. Siddhartha’s appeal to Indian readers in particular is very deep.

‘Siddhartha’ means the one we usually understand, Hess’s protagonist but not him. Of course the invisible presence of the Buddha in the backdrop of the story is always felt – within the story but only once can I see him clearly.The protagonist of Hermann Hess is a young Brahmin-Kumar; He left the world in the hope of gaining nirvana and performed austerities; Finding a way to get closer to Buddha’s teachings, he found no way out.He left his clothes and returned to the village. Soon all the joys of the life of the world were fully enjoyed and suddenly one day he realized all these lies.Philosophical novels like ‘Siddhartha’ are not available in Oriya literature. Frequent scrutiny for philosophical reflection while translating. It was not possible to translate without resorting to a large number of Sanskrit words.That is why the language of translation has not become the language of modern Oriya novels. The story of ‘Siddhartha’ is not like a normal novel – this is the exception. 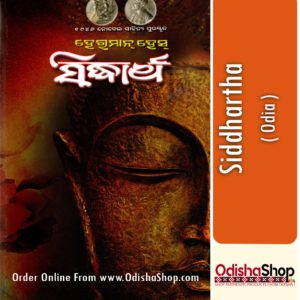