A full version of Surendra Mohanty’s “Sesha Stambha” written in “Sambad” is published today. “It simply came to our notice then. Surendra Mohanty was the first editor of the newspaper. Even after he resigned as editor on April 30, his relationship with “news” continued, especially with the “literary” page of “news”. His demise took place on December 21, 1990 Just six days before that, his last article was published in the last column.

The “news” was born on October 4,1984. That day was Vijaya Dashmi. But the day of the connection was Thursday. Thursday was set for the “Literature” page. So the first issue was the literature page. The first article of Surendra Mohanty’s last column was published. How he had to write that article out of a sense of purpose, he wrote in his role when the first part of the last column was published. It also explains why the name of that pillar is “Sesha Stambha”. With the release of this full-length version of the last column today, we are reprinting that “role” for the benefit of our dear readers. 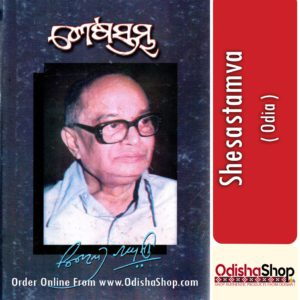