Efforts have been made since the beginning of the current century to write a sequential and authentic history of Odisha. Historians from Stirling and Hunter to Kripasindhi Mishra and Jagbandhu Singh, based on legends and Madalapanji, have so far recorded history in Odisha.Students remember those old legends and believe that the Keshari dynasty ruled Odisha for a long time; Gangeshwar Dev, the builder of the Shree Jagannath Temple in Yayati-Keshari Puri, had an affair with his daughter and killed Kaushalya; The King Kapilendra took refuge in Odisha as an unknown poor boy and so on. At a time when credible historical treasures and archives have not been recovered in large numbers, such bizarre stories have been revealed through history. To those who have revived the history of Odisha by writing research articles and books, it is the salutation of this nation.First of all, Dr. Fleet argued strongly that the time of writing of ‘Madalapanji’ was very archaic and that the existence of the Keshari dynasty was a fictional story.Rakhal Das Bandopadhyay first wrote the history of Odisha in English, with financial assistance from the King of Mayurbhanj, applying scientific-method to the ancient history of Odisha. Manmohan Chakraborty’s research paper was published in large numbers. 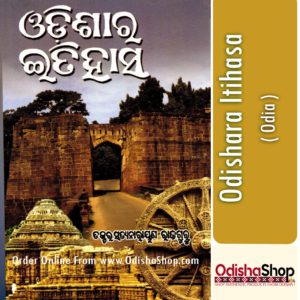