The history and history of Odisha and the sense of geography are glorious. Odisha’s identity and identity is established in the world court. We need to spread the word about our cultural heritage. Many local histories can enrich the history of Odisha as a whole, and the eminent author Dr. Premananda Mohapatra’s “History of Nayagarh” is a significant effort in this direction. Nayagarh is one of the oldest Gadjat states in Odisha. The state has played a key role in the development of Shalya’s rule, art and culture. Nayagarh has made a significant contribution to the identity of Odisha. Dr. Premananda Mohapatra’s article contains a lot of new information that will further enhance the identity of Nayagarh.

There is ample opportunity to shed light on the social, economic, and cultural aspects of the “history” series, which are based on the memory of hundreds of years of eternal truth. Throughout history, small-scale extinction or unexplained events have been brought to the forefront. It is only through diligence, diligence, and thoughtful study. By the end of the first century BC, Kharbel’s successors in Kalinga had weakened, and foreign powers were attracted to Kalinga’s wealth. The end of the Shak and Kushan dynasties was made possible mainly by the Gupta dynasty and the eastern Naga dynasty.

The “Mahakantara” province he crossed over in Samudragupta’s campaign is said to be the forest kingdoms of Kalahandi, Koraput and Ganjam. Samudragupta then entered the area called “Kural” near Odgaon / Asylum in the then Nuagarh (now Nayagarh) area.

According to the history of the then Brahmadesh, the states of Utkal, Kangoda and Kalinga were called Trikalingas. According to Huyensang, the present-day state of Odisha was independent and its size was estimated in ‘Kosh’, such as: Nuagarh Fourteen Cells, Kendujhar Visha Hundred Cells, and so on. In this way, the events of history become more pervasive. Therefore, the history of a region depends solely on the study of the text, its sincere interest in data collection, and its internal study. 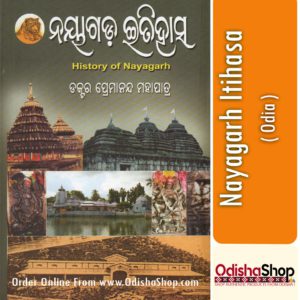