in stock
SKU: OSBKS-LBKCP-2034
Product by: Lark Books
Write a review
Our Price

MATIRA MANISHA is an outstanding novel by Kalindicharan Panighrahi. Published in 1930, when the whole of India was swept over by rebellion against the British, its appearance was at once a great literary, social and political event. The story is about a humble and traditional peasant family who lived in the village Padhanapara on the bank of the river Birupa in the district of Cuttack. Shyam Padhan’s small family consisted of his wife, his two sons, Biraju and Chakkadi, and their wives. Shyam Padhan was a simple, God-fearing man, esteemed by all in the village for his uprightness and tolerance. The novel emphasizes this aspect of Shyam Padhan’s character and when he dies he tells his grandchildren that he is leaving behind to them as legacy, not wealth but his faith in God and his righteousness.

Baraju had four children but Chakkadi was childless. Baraju had all the virtues of his father and he succeeded to his father’s place as the most respected man in the village. This small village had such God-fearing men as Baraju but also the wicked people like Hari Misra, the village tout. Hari Misra was a malicious man who envied Baraju and resolved to destroy him. Baraju had married off his first daughter and was now preparing for the marriage of the second daughter. Chakkadi opened a shop and Misra helped him with funds. His wife, Natramani, hated her sister-in-law. Hari Misra decided to use her as a tool. Natramani, instigated by Hari Misra tried to persuade her husband to ask his brother for the separation of the hearth and the division of the property. Chakkadi, who loved his brother and his brother’s children would not listen to her. But Natramani persisted. Chakkadi suffered intense mental agony.

Meanwhile, Baraju’s wife would not take things lying down. She would counter the insinuations of her sister-in-law with equally sharp words. Baraju tried to persuade his wife to be more tolerant but failed. He then gave up taking food. This affected a change in his wife who realized that to remain passive like her husband was the best course.

Things came to a head when at the time of the harvest, urged on by his wife and Hari Misra, Chakkadi instructed the servant to divide up the molasses into two halves for the two brothers. When Baraju came to know of it, he instructed the servant not to divide the molasses but to take it all to Chakkadi. He then called his brother and said, “There is no need to partition the house. Everything is yours. I claim nothing. I will leave the house with my children and I will not take anything with me.” It was an extremely hard decision but Baraju was firm in his resolve. He left the house.

Chakkadi, who had at heart always loved and respected his brother, was tom in agony. Finally, unable to bear the, suffering, he set out in search of his brother. He found him in a friend’s house. “Boy, why have you come and where are you going to?” asked Baraju. In tears Chakkadi said, “I am going wherever you are going to.”

This is a poignant tale of the rural folks. The last part of the story is influenced by Gandhi’s principle of satyagraha and passive resistance. The novelist handles his p1ot with great skill and his portrayal of characters testifies to his deep understanding of human situation and his Profound sympathy. The language is colloquial and intimately rural. 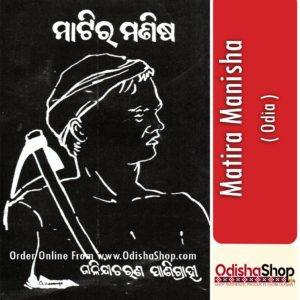