A lot of things happen in life by accident. Where a lot of things can’t be done even with a hundred attempts, sometimes unexpected things happen in a dream without effort.Going through all of these situations brings a sense of dedication to integrity in the human mind. Why have I never dreamed of becoming a writer or writing in my career after graduating from technology and working as an engineer for more than 20 years? Yes I remember writing an article for ‘School Magazine’ during the matriculation, but unfortunately it could not be printed. In the course of his working life he was fully engaged in the construction of the house and the management thereof; Marriages are formed according to social needs.Since then time has been spent in sand, gravel, cement; Many saints, and institutions are introduced to the owner by knocking on doors in various institutions to find peace and peace in the midst of the storms of life. The problem is not solved, but the stress is growing. Life feels miserable.May the power of the Divine be blessed to reach an extraordinary man because of a strong desire to know; But he manifests himself in a very general way, and the knowledge he accumulates with the Puranas, scriptures, and other books we have read is completely fading.

Beginning in 2012, the process of living a life, trying to understand or feel life, intensifies; A new aspect of spirituality is faced, in which no matter what rules, manners, knowledge, or way of manifestation, laughter can live happily on its own and save others.By itself, it already suffers from heart disease and undergoes bypass surgery. The problems of living slowly, the influence of tradition, the narrow path of life, the compulsion of religion, and the extreme spirituality can be seen.Similarly, his own writings on surviving spirituality have been featured in various leading newspapers such as ‘Society’, ‘News’ and ‘Public’, as well as magazines such as Amritayan and Barenyabani since 2015. People are happy to read the articles and also request to publish them in the form of books. 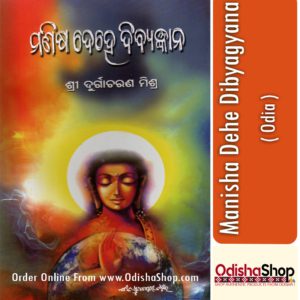