SKU: OSBKS-VPKM-7096
Product by: Vidyapuri
Write a review
Our Price

The story of the nineteenth century. As the British colonial rule prevailed throughout India, in 1957, the flames of the revolt suddenly erupted. The first resistance of the people against foreign rule was depicted in the history of India as the Sepoy Rebellion. The mass movement, which British historians called the Sepoy Rebellion, was described by Indian historians as India’s first independence struggle after independence. Indian patriots who took part in this struggle Surendra Sai, a Chauhan clan from Sambalpur, was one of the revolutionary leaders. The indigenous ruler of the state of Sambalpur was the Chauhan dynasty. After the assassination of Lord Delhausi on the 16th, Sambalpur was directly ruled by the British after King Narayan Singh, the son-in-law, and Surendra Sai’s claim to the throne was denied by the British. Deprived of his legitimate rights, Surendra Sai gained strong public support for a long-term struggle, but was unsuccessful.His struggle against injustice throughout his life was a special chapter in India’s struggle for independence. This chapter is based on the biography of the hero Surendra Sai with the aim of documenting the flaming details of the then history. We hope and believe that the tragic story of Surendra Sai’s determined self-sacrifice will be deeply etched in the minds of young patriots enlightened by patriotism. 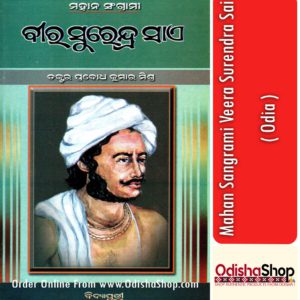