The novel era of Bengali literature dates back to the eighth decade of the nineteenth century AD. Renowned novelist Bankimchandra Chattopadhyay has enriched Bengali literature by composing a number of original novels such as Raj Singh, Devi Chowdhury and others.Following in his footsteps he has authored many Bengali novels. Renowned novelists such as Sharachandra, Tarash, Vibhuti Bhushan, etc. have been able to popularize Bengali novels.It would not be an exaggeration to say that Bengali novels have a better place in the Indian novel world.

Gajendra Kumar Mitra is one of the seekers of the Bengali novel world. Many novels have been extracted from his writings. Among them are some of the best-known novels in Kolkata, such as Kachhei, Poush Fagune’s Pala, Bahnikanya, Nari and Niyat, Prabhatasurya, Paanai Parichai.One of the main features of Gajendra Kumar Mitra’s writing style is that he can depict the most insignificant subject in a very insane way. By carefully scrutinizing each subject, the language and style of the book that the reader needs to make the event interesting make the pages of his book in the same language and style.

The novel ‘Kachei of Calcutta’ has been awarded by the Central Literary Academy. He has collected the contents of the book from the outskirts of Calcutta. It has a clear picture of what the atmosphere is like on the outskirts of a famous city like Calcutta. In this book, the author summarizes the tragic story of a family.A detailed picture of what kind of trouble a widow mother is facing while living her hectic life with her three daughters, how she has been persecuted at the grassroots level of society, is the epitome of the book. The novelist Mr. Mitra has managed to make the book beautiful by carefully studying every character in the novel. How many of the chapters in the original book have been changed in the prepared translation. In addition to preserving the independence of the main content, it also covers Odisha’s customs, rhetoric and linguistic features in a number of places. 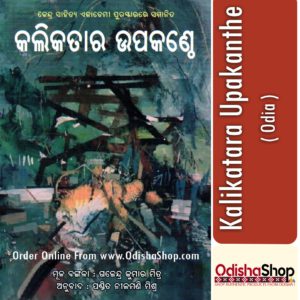