In Odisha, the tradition of mythology is very ancient. The Odia people have a lot of respect for it. Sarala’s Mahabharata, Balarama Das’s Jaganmohan Ramayana, Jagannath Das’s “Bhagavata” are sacred. These foster the religious sentiments of the people as well as awaken the moral consciousness. Its language is simple, sublime and has a description of the gods and goddesses.

There is a belief that listening to the Puranas brings holiness to life, that man is removed from the world of sin. So the common man keeps it at home and worships it twice. Balarama Das’s Laxmipurana, Mahadev Das’s Vishnukeshari Purana, Karthik Mahatmya, Magh Mahatmya, Krishnachandra Patnaik’s Baman Purana, Kalkiki Purana, Pitambar Das’s Narsingh Purana are known as sacred books.

Apart from mythology, we see some biographers in Odisha. These have left the mark of creation on the biographies of devotees like Rama, Krishna, Hanuman or ancient devotees like Sri Chaitanya, Ramanuja, Ramananda, Nanak, Gorakhnath, Kabir. The relationship between the devotee God is close. In the meantime, the average reader sees God. Bipra Divakar Das may be the first biographer in Odia. “Jagannath Charitramrut” is his best book. Seth Seth Gorakhnath and Ramananda composed the book “Srichitanya Bhagavat” by Ishwar Das. Nanak, Jagai and Madhai discussed the issue. As one of the biographers, we see the devotee poet Ramdas as an excellent book of the Odia language, “Dardhyatabhakti Rasamrut.” It is commonly known as “: devotion”. 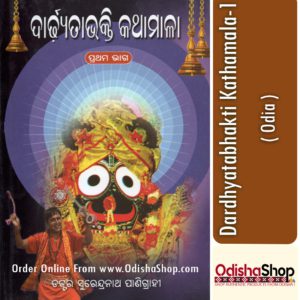