Fakir Mohan Senapati, regarded as the father of modern Odia literature, dedicated his entire life for the progress of Odia language. He also played a leading role in establishing the distinct identity of Odia language and literature. Fakir Mohan Senapati’s novel Chha Mana Atha Guntha, or Six Acres and a Third is set in colonial Indian society during the early decades of the 19th century. It tells a tale of wealth and greed, of property and theft. On one level it is the story of an evil landlord, Ramachandra Mangaraj, who exploits poor peasants and uses the new legal system to appropriate the property of others. But this is merely one of the themes of the novel; as the text unfolds, it reveals several layers of meaning and implication. Toward the end of Mangaraj’s story, he is punished by the law and we hear how the “Judge Sahib” ordered that his landed estate, his “zamindari,” be taken away. 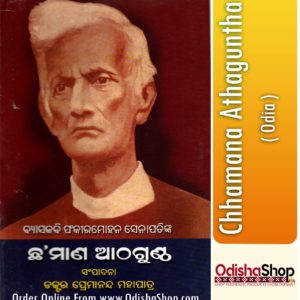