‘Bishi Ramayana’ or ‘Bichitra Ramayana’ was written by Bishwanath Khuntia, one of the most popular poets of the decorative era. While many commentators have strongly endorsed poet Bishwanath Khuntia as a resident of Puri,a handful of commentators have suggested that the poet was not a native of Puri, living in Puri at the last stage of his life.Gajapati Dibyasinghdev’s contemporary poet Ramakatha composed a ‘Bichitra Ramayana’ to represent the power of poetry. He gradually unveiled the emotional aspect of Rambhakti by connecting various rags to the Ramkatha of the Ramayana.It is popular because its language is easy and simple. The faintness of sweet music with the luxury of gentle poetry has captivated music lovers and poetry lovers. The faintness of secular sentiment in the mythology is very wonderful.

‘Bichitra Ramayana’ is a part of Oriya literature. The book, like Bharat Leela, Krishnalila, has been widely accepted as Ramila.According to detailed discussions, Ramlila, Krishnalila, Gopalila, Raslila, Bharat Leela and Radhapram Leela within the Leela may be included in the folklore.In other words, folk drama is the collective property of the general people. It is especially embodied in the behavior of the people, the traditions of faith, the aspirations of hope, the concept of religion.Bishwanath Khuntia’s Bishi Ramayana and Bichitra Ramayana are quite popular among the Leela literature. According to the Oriya Ramlila tradition, the Bichitra Ramayana gains popularity for two reasons. The two main reasons are the melodious music and the emotional dialogue. 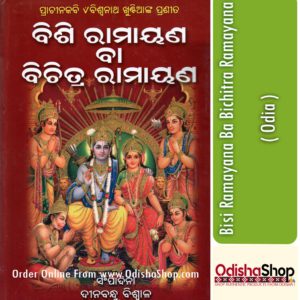