in stock
SKU: OSBKS-FPMD-8072
Product by: Friends Publishers
Write a review
Our Price

Aranya Phasala(The Wild Harvest) or Aranya Fasala is a drama in three acts written by Manoranjan Das, which won the Sahitya Akademi award in 1971. It provides a brief account of two couples – Subrat and Bebi, Barma and Lili – who come to stay in a lonely forest bungalow to get some respite from the monotony of their lives. Meanwhile, Sangram who is in search of gold mines joins them. He also happens to be one-time lover of Bebi and an old acquaintance of Lili. The drama deals with the intricate relationship between these two women and three men. It depicts the absurdity of their lives—their hypocrisy, jealousy, cowardice which spring from their sense of utter dissatisfaction with their lives. Bebi and Lili are not content with their husbands. Bebi considers Subrat a ‘book worm’ and Lili considers Barma a ‘brute’. Sangram, who lost Bebi because of a misunderstanding, is not satisfied with his fortunes and now is in search of gold fields which is symbolic of futile search for some meaning in life. And at last, unable to win his lost love he commits suicide. Bebi, torn between her duty and her past love is a pathetic creature. Lili is also unhappy, for she is growing fat and holds no more attraction for Barma.

In the lonely forest primordial impulses are roused defying the compulsions of social ethics. The plot moves round the central symbol of a goat who happens to be always hungry. Its bleating suggests the libidinal urges of the characters which have long been suppressed in their uncomfortable marital relationship. While Barma goes to hunt tiger, Subrat and Lili engage themselves in illicit sex. The past lives of both the women are associated with the memory of this bungalow and Sangram. For some time in the drama, both Bebi and Lili seek to escape from the suffocation of their present lives into their past relationship with Sangram, as much as the latter tries to regain his lost love. But the attempt fails as these ‘domesticated animals’ do not have the requisite guts to respond to the call of their real instincts and impulses.

The goat is killed and the bleating stops suggesting the silencing of the primordial instincts to which the characters for some time attempted to be sincere. Sangram has realized the absurdity of all these, the various urges and attempts, the suffocation and pretensions of relationships. Since this hypocrisy is unbearable, he commits suicide. Ironically, Sangram is called ‘actor’. But he is the only character who lives true to himself and being unable to reconcile himself to the hypocrisies of life he brings his own death. In this sense, all the other characters who address Sangram as ‘actor’, are themselves acting, never really living. Through short, sometimes incoherent dialogues and through distorted sentence patterns Manoranjan Das conveys the sense of absurdity of the warped relationships of these characters. 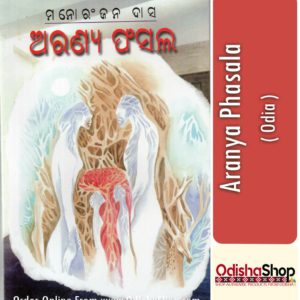