‘Ei Gaan Ei Mati’ was published in the Jana Sahitya Puja special – in less than three years – in 1959. This is my first attempt to write a novel based on rural agitation.Following the publication of the novel, there was a great stir among readers and critics in Odisha.It was published in the form of a sample-wave-letter of that agitation.I would like to express my sincere gratitude to Professor Mohapatra Neelmani Sahu, who is unique in Oriya fiction and literature in literal sense, not in a gross sense, but in a literal sense, as the eminent literary critics of Odisha have allowed me to publish the letter.I was not able to do so, despite the temptation to change the novel.Because I wrote this novel when I was capitalizing on the special moment of the mind, I tried to find that feature of the mind, but I couldn’t find it anymore. 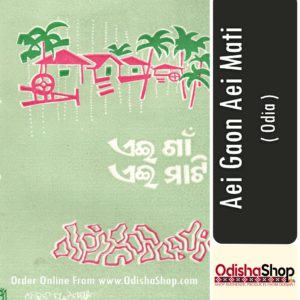