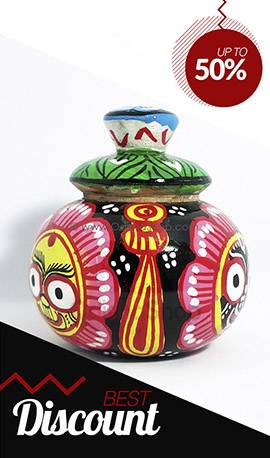 The novel in Odia literature is of recent origin. The first Odia novel is Umeshchandra Sarkar’s Padmamali followed by Ramashankar Ray’s Bibasini. But the father of the Odia novel is Fakir Mohan Senapati, who combined a deep historical sense with a rare insight into human nature. His Chha mana athaguntha, Lachama, Mamu and Prayaschita are classics in Odia literature. Matira manisha of Kalindicharan Panigrahi, the most gifted among the newly formed ‘Sabuja’ group, was the second turning point in the Odia novel after Fakirmohan’s masterpieces. It depicts the disintegration of the joint family and the beginning of individualism in a colloquial style. Pandit Godavarish Mishra and Godavarish Mahapatra translated classic English novels into Odia.

After the Sabuja Age the Odia novel came of age. The complexities of life made the novelists aware of the new realities, and their plot and technique changed. Nityananda Mahapatra’s Hidamati, Bhanga hada, Bhul and Jiyanta manisha mark a change from social reform to analysis of mental states. Kanhucharan Mohanty, a social realist, was given the Sahitya Akademi Award for his Kaa in 1958. In his novels man’s struggle for better life in the context of social change is realistically projected. Among his novels mention may be made of Jhanja, Baliraja, Sasti, Ha anna, Sarbari and Tamasa tire. In these novels he created a new style of his own. The other novelists of this category are Laxmidhara Nayak (Sarbahara, Hai re durbhaga desh), Sachi Routray (Chitragiba), P.K. Samal (Palli jivan), Gyanendra Verma (Satabdira swapna bhanga and Lal ghoda) and Kamalkanta Das (Bou). Harekrishna Mahatab’s Prativa, Tautara and Tritiya parva are popular novels. Gopinath Mohanty, Jnanpith Award winner, added new dimensions to language and characterization in the Odia novel.

Surendra Mohanty, a great story-teller, probed man’s moral crisis in the prevailing socio-political context in Andha diganta. His Nila saila for which he received the Sahitya Akademi Award in 1969, is a work of great merit. Among the popular novelists, Basantakumari Patnaik (Amadabata, Chorabali), Bibhuti Patnaik (Chapala chanda, Badhu nirupama, Nayikara nama srabani), Santunukumara Acharya (Nara kinnar, Satabdira Nachiketa), Krishnapra-sad Misra (Singha kati), Gobindachandra Das (Amabasyara chandra) and Faturananda (Nakata chitrakara) are important. The Odia novel is still in its youth and new experiments are being made by many aspirants while the old masters like Gopinath Mohanty and Kanhu Charan continue to surprise us with their novels even today