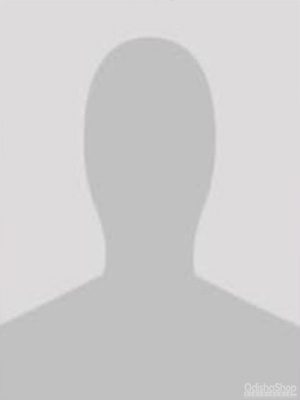 Yasovanta Das was born to Jagu Mallika and Rekha Devi. From his childhood he had strong faith in God. He occupies a special position among the devotees and poets of medieval odisha. He was very fortunate to find a place among the Five Associates. After coming into contact with Chaitanya he led a spiritual life. He fascinated not only devotees but also the Gajapati King Prataprudradeva.

Yasovanta composed many bhajanas in odia explaining the first principle of Pinda-Brahmanda. Among
his compositions on Brahmajnana Malika and Govinda Chandra Tika are famous. In the Malika, Yasovanta
has described the ‘Lokadharma’ of Kali Age, when the minds of the people have become covered with
ignorance and darkness. They have been deeply self-willed, without realising the importance of paying respect to their parents, preceptors and superiors.

Yasovanta Das is now remembered only through his ballad of Govinda Chandra, sung by the mendicants
of the Yogi caste. Govinda Chandra, a prince from Bengal, renounced royal comfort, his wife and son, for ascetic life, strangely enough on the advice and persistent persuasion of his own mother Mukta Devi. The prince’s yogic guide was Hadipa, a scavenger, from whom he learnt about the worthlessness of worldlypleasure which is nothing but transitory. All this fitted very well into the ascetic and cosmopolitan aspiration of the five comrades and was, therefore, taken up by Yasovanta for popularisation among the masses.

His Svarodaya describes the ways for the accomplishment of the objective. Prema-Bhaktigita is a
valuable work on ‘Jnana-mishra-bhakti’. Having placed Balabhadra, Subhadra and Jagannatha in the body, Yasovanta has introduced the first principle of creation, the existence of Brahma and the birth of Yogamaya.In the Yantraboli, vivid description is given of the guhyachakra, lingachakra, nabhichakra, hridayachakra,kanthachakra and lalatachakra and the existence of paramatma in them.

In the Divyadehi, Loigita and Atmaparache Gita, Yasovanta has indicated the ways for Bhakti. He was also an expert in Sanskrit. This is revealed from many of his writings. Many things are told about the occult power of Yasovanta Dasa. Once a king, having been greatly pleased with his extra ordinary power, married his daughter Anjana with Yasovanta. His two famous disciples were Sudarshana Dasa and the Yavana Salabega.

Yashobanta Dasa was one of the bhakti poets of odisha who flourished during the age...
Post By Swedesna Sahoo 0 Comment

Upendrakishore Das was born in 1901 at Cuttack in a cultured aristocratic family. His father,...
Post By Swedesna Sahoo 0 Comment