SKU: OSBKS-VPSH-2056
Product by: Vidyapuri
Write a review
Our Price

It cannot be said that the desire for free expression in human consciousness was ever created, but from the development and manifestation of consciousness, I feel that literature is created. When I thought of writing something new in Oriya as an ordinary writer, I used a pen to write a poem, a novel or an article.Few writers have ever resorted to literature through the means of earning literature. But their number will not be more than five. A collection of poems I wrote in my early life has also been published.At the request of friends, that poem book ‘Madhuchhanda’ is limited to two editions. It is true that I have spent most of my life in government service, but I am not happy with what many have written for various sections of government, society, culture and literature.I’ve never run a pen in the hope of winning a prize, yet some awards have come to mind. After entering student life, I entered government service in 1954 and it ended on the end of 1987 October.

Even then I have still written about technical, administrative and various things. I wrote without fear what I was thought good and beneficial.That’s why the world poet Rabindranath Tagore has used the name of one of my poems in this book ‘Mind is Fearless’. He is not in Ehdham, but many Oriya poets, like fragrance of fresh flower in his writings, have the effect of fragrance. All of these creations have been and will continue to be the property of world literature. 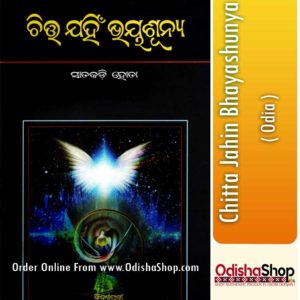