SKU: OSBKS-APPR-111
Product by: Adya Prakashani
5.00 out of 5 based on 9 customer ratings
Write a review
Our Price

Odia novel Yajnaseni(Jagyanseni/Jajnaseni)  is the story of Draupadi, one of the most fascinating characters in the Mahabharata. Strange as it may appear, Draupadi, the most accomplished character of the Mahabharata, happens to be the most suffering, sacrificing, and yet the most misunderstood character from the epic. Though counted among the five supremely virtuous women, honoured as pancha sati in mythology, the name Draupadi still bears stigma and is often contemptuously uttered by people in society as the woman who brought about the greatest war of all times. Pratibha Ray makes a determined effort for a balanced portrayal of the epic character and brings to the surface the broader and deeper aspects of Draupadi’s mind that lay submerged in the majestic sweep of the grand Mahabharata.

Pratibha Ray is an eminent writer from Odisha. She was born on 21 January 1943, at Alabol, a remote village in the Balikuda area of Jagatsinghpur district, formerly part of Cuttack district of Odisha state. She is a professor by profession and a writer by choice, Pratibha Ray undoubtedly is a household name in Odisha and in most parts of India through her translated works. She is one of the leading fiction writers in India today. It has been a long journey for Pratibha from the obscure lanes of her village to the secure place she enjoys in the hearts of her avid readers. Perhaps she is one of the most prolific Odia women writers,

Pratibha Ray has immensely enriched the modern Oriya literature by her pioneering short stories and novels. Her works not only depict the urbane milieu of Odisha culture but also delve deeply into the life of tribal communities.

Life of draupadi is beautifully portrayed… I forgot my sleep hunger everything and continued reading it… many things are there which I didn’t knew before about draupadi and pandavas… just loved it.. 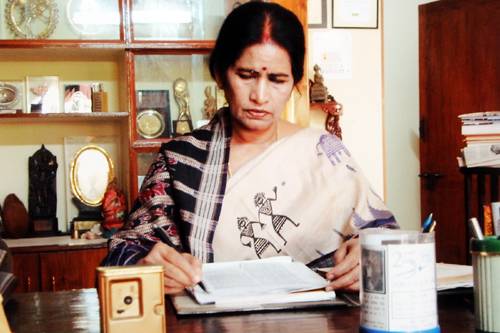 “A creature is bound by the triple thread of the three gunas : sattva, rajas and tamas. Tamas gives birth to attachment. From rajas comes addiction and desire. Sattva produces purity. If tamas and rajas were shackles of iron, then sattva was a chain of gold. Therefore, even though the desire to reach svarg through the Himalayas was sattvik, it seemed to me like chains of gold around my ankles. For, even this had been transformed into an attachment for me. If the desire for getting a kingdom was shackles of iron then wasn’t the desire to attain svarg a chain of gold?

Who was free of attachment? I? My husbands? Could a man who had attachment achieve svarg?

Attachment blinds a person. But to proceed onwards, some attachment, some desire for a results does exist within a person.

Therefore, like a blind man, without considering what is right and what is wrong, he keeps walking on the path, just like us.

While walking on I mused : “What did I get in this birth? What did I lose? Why did I come? What task was accomplished through me? What ought to have been done by me?

Food, sleep, sex, the pleasure of a kingdom, etc – I got everything in life. Still it seems that my life has remained unfulfilled. What is wanting? Why have I borne so much sorrow, grief, pain in life? I feel that with Yudhisthir as husband, any woman will have to suffer…”

And while thinking thus, my feet slipped on the golden dust of the Himalayas.

My five husbands, whom I had regarded even as my five senses all through life and who had been my companions in life after life, did not even look back. They kept walking straight ahead on the path to svarg. I was alone at death’s door…!”

9 reviews for Odia Novel Yajnaseni By Pratibha Ray From OdishaShop 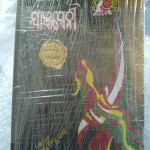 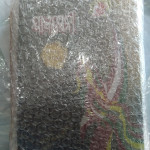 +1
Jagabandhu Das
Rated 5 out of 5
The best creation from Dr Pratibha Ray.

International standard packaging from OdishaShop, thanks a lot team for your support.
Really appreciate an...More
The best creation from Dr Pratibha Ray.

International standard packaging from OdishaShop, thanks a lot team for your support.

5.00 out of 5 based on 9 customer ratings
Write a review
Our Price