Gajapati Prataparudra Deb, the last emperor of the Sun dynasty, is also a controversial character. Historian RD Banerjee, Prabhat Kumar Mukhaji and Pandit Nilakantha Das are the main critics blaming Prataparudra Dev for the fall of the Utkal Empire.They point out that since the emperor Prataparudra was initiated in the pure devotional Vaishnavism of Sri Chaitanya, the status quo in him was revealed, the collapse of the Agangakrishnavari-pervaded Utkal empire. But it is nothing more than a superficial simplification in history.

In fact, as far as Odisha-history historians are concerned, there is no bloody war of the Sun dynasty except Prataparudra Dev, and in the north, the great warriors like Gaud’s Nawab Hussain Shah and Vijayanagar Narpati Krishnadev Ray in the south are not immune to the onslaught of great warriors. Gajapati Kapilendra Deb was an adventurous figure. It is true that he extended the boundaries of the Utkal kingdom to Kaberi; But could not organize it.Gajapati Purushottam Dev defeated Salubh Narasimha of Kanchirya Satya; But Aamir was not as powerful as Saluv Narasimha Krishnadev Ray. Therefore, in the case of Gajapati Prataparudra Deva, in terms of facts, impeccable status cannot be attributed.And Prataparudradev gained the closeness of Sri Chaitanya in the last stages of his reign. So there is no basis to assume that he came in contact with Sri Chaitanya and turned away from the war.Prataparudra Deva was still alive after the death of both Nawab Hussain Shah of Gaud and Krishnadev Ray, the mayor of Vijayanagar. But the circumstances under which he remained resolute without attacking Gaud and Vijayanagar are the subject of this novel. 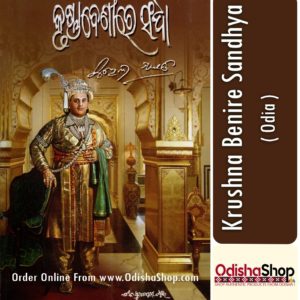