SKU: OSBKS-VPP-2055
Product by: Vidyapuri
Write a review
Our Price

He was born in 1880 in the village of Lamahi, about four miles from Banaras in Uttar Pradesh. His real name is Dhanapat Ray. Death of mother at the age of eight and father at the age of fourteen. Study on your own and BA, pass. The novel began writing in 1901. Storytelling began in 1906. In Urdu literature, he is known as ‘Navabaraya’. Sodevatan’s book was discontinued in 1910. Then the writing under the name Premchand begins. Public service in the 1920s. Joblessness affected by the Satyagraha movement. “Saraswati” was established in 1923 and “Hans Press” in 1930. Died on October 8, 1932. 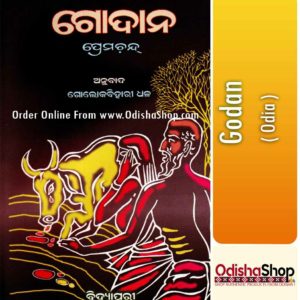