Writing memoirs of my own life was never in my imagination. Although I have worked with the same skills in various fields, I am basically a bookworm and a writer. The lives of such people are almost non-existent. It is not possible to write a biography about such a life. But by God’s will my life has been an eventful one.Various curiosities, of my contemporaries about me! I have been a mystery person all my life. But really my life is as clear as the sky and clear as water.There have been a lot of comments about why I changed the political party many times, from the assembly to the newspaper column! It is worth mentioning here that, I once resigned from the Democratic Council in 1960 and joined the Congress.And then I left the Congress and joined the Janata Dal. Then in the 1980s, I left the Janata Party and joined the Congress, outraged and frustrated by the stalemate in the controversy over the stability of the seat in the Janata Dal. All of this was a matter of principle. I have no benefit in this. The reasons and background of all this. I have recorded in this biography. Readers will notice that I did not leave the team; The teams have left me – because of my baseless, unyielding attitude.

Of course I didn’t understand while directly involved in politics; But now I understand that by retiring from direct politics – current politics means “compromise” or compromise. The more who has reconciled with his conscience and judgment, the more successful he has been in politics.But even as a writer, the thought of such a compromise makes me miserable. From that experience I understand- it is not possible for any honest creative writer to survive in the current Indian political situation. The issue’s end has the recaptured Doomsday in the control of the KGB.

The rise and cross-border movement of the strongest opposition in Odisha in the post-independence period are two notable events of my political life. I played a key role in this. So far no one was able to send in the perfect solution, which is not strange. In this life memory I have recorded it in detail from my own experience. I hope it can be a guide for critics and researchers in the political history of Odisha. 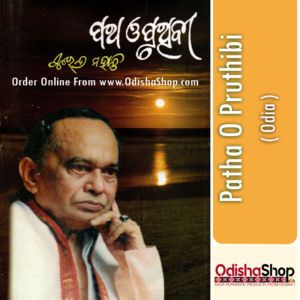