Sarangdhar Das was a proverbial man by our side when we were in college. He was known throughout the country as the leader of the Gadjat movement and the leader of the socialist movement. Although I had seen him from a distance, I did not have the opportunity to come near him.

He was privileged to be close to him during the historic border movement of 1956. The outcry erupted across Odisha after the Central Commission-appointed. Border Commission’s recommendation against the Sardeikala-Kharsuraan merger with Odisha was released. Sarangdharbabu in the Lok Sabha, in an emotional speech in support of the Sareikala-Kharsua merger with Odisha, demanded that the central government take firm steps in this direction. But in protest of the government’s failure to accept Odisha’s just demands, he was the first Satyagrahi leader to be imprisoned under the leadership of the border movement. As an adult, his youthful revolutionary ideology enlightened the student community of Odisha to join the movement. At the time, I was the general secretary of the Nikhil Utkal Student Union and the president of the Christ College Student Union. We had to take on the responsibility of organizing the student movement all over Odisha. That student movement linked me to the socialist movement. Sarangdhar Das was my guide in the socialist movement like the student movement. 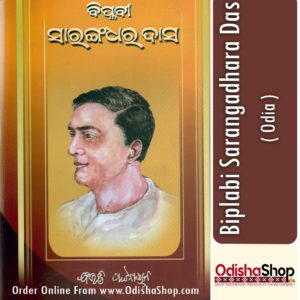