Order Now Odia Book Bhaba Samudra By Balaram Das From OdishaShop
Published in 1910 at Arunodaya Press, Cuttack The first edition of Bhakti Balaram Das’s ‘Bhabasamudra’ is publicly available Now it’s bad; But from the first edition until now, devotees in Purpalli, Uttarakhand Bhakti of Balaram Das, the Nandighosa chariot of Srijagannath stopped at Ladandand The context and description of Balirath are well-known and widely admired.One of the most notable texts of ancient orthodox literature is described in Dardhyatabhakhi Some differences are observed in the title of “Bhabasamudra” from the title.Which can be accepted as a summary of the future. But only Judging by the history of orthodox literature, not in terms of the popularity of the title piece Critically, it is the first and largest anthology of ancient orthodox literature Its special features are also recognizable. The University of Utah has done a lot of work to edit this Parija Library, Cuttack Library Library, Odisha State Museum and Dr. Pothi and manuscript copy of Bhabasamudra from the private library of Purnachandra Mishra Collected and edited with the help of old printed books The work is done.
Prof. Dr. Jankiballab Mohanty Bharadwaj was alive Bhabasamudra told me to edit. Srijagannath after finding the manuscript It has been published by Research Institute. 1916 on Sriram Nivinhi It had its first edition. Its on 2022 Sriram Nivinhi Second edition printed. Researcher, Srijagannathpremi Devotees If it is worshiped by, labor will be different. 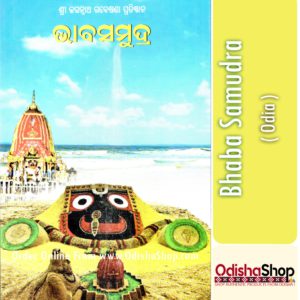