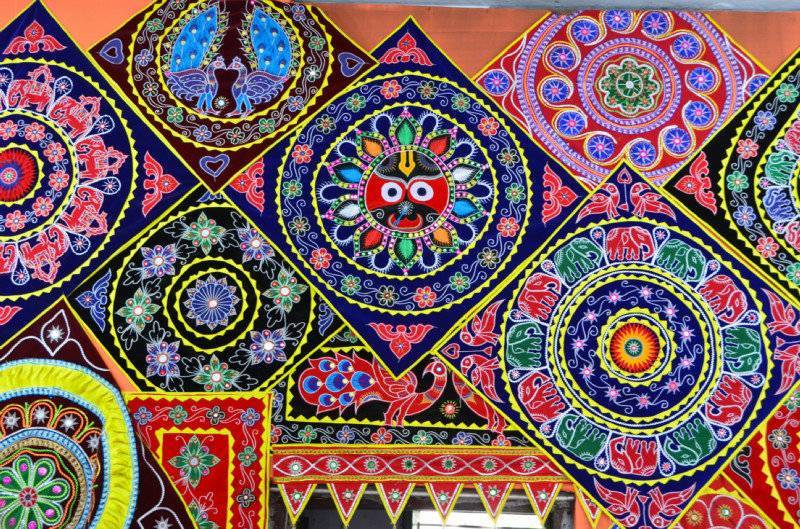 ‘Applique’, which is a French term, is a technique by which the decorative effect is obtained by superposing patches of coloured fabrics on a basic fabric, the edges of the patches being sewn in some form of stitchery. It is distinct from what is known as patch work in which small pieces of cut fabrics are usually joined side by side to make a large piece of fabric or for repairing a damaged fabric. Though the form is not unknown in other parts of India, it is Odisha and specially in Pipli that the craft has a living and active tradition continuing over centuries.

Giant-sized umbrellas of applique work are produced for use on festive occasions. Also used as garden umbrellas in sprawling lawns, they lend grace and colour to any gathering. Heart-shaped fans, big and small canopies and wall-hangings are also prepared out of applique work.

The art form typically depended on four basic colours – red, white, black and yellow to produce a striking effect. In recent years, green too has been applied vigorously enlivening the craft even more. Temples and other religious institutions extensively patronized this art. In fact the basic inspiration for the art form was mainly religious in nature. In ancient times, bronze utensils were used in almost all homes. The dishes were prepared...
Post By admin 0 Comment 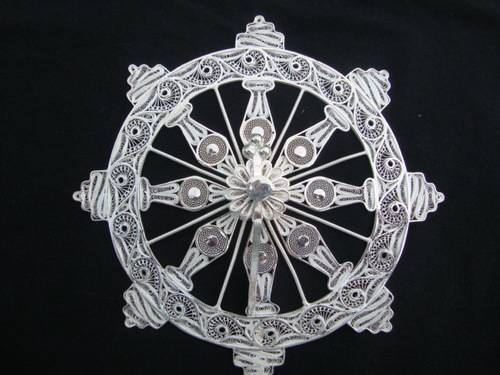 Silverware of Odisha is very widely known. Her Filigree works particularly are unique examples of...
Post By admin 0 Comment